I write about food, the environment, health, human rights—really, anything that interests me. And that’s a lot. I’ve been hooked on Asia ever since I spent a semester of graduate school in Hanoi in 1996. Somehow I managed to wheedle my husband, photojournalist Jerry Redfern, into a life on the move. I took a newspaper job in Phnom Penh shortly after we married, and we’ve been tromping through jungles and rice paddies ever since. For a long time, Jerry and I lumped our work beneath the wide umbrella of societies after war and under oppression. But we’ve strayed from that. We simply thrive on meeting interesting people and reporting on their lives. We’ve also expanded our platform, incorporating video and audio into our work. 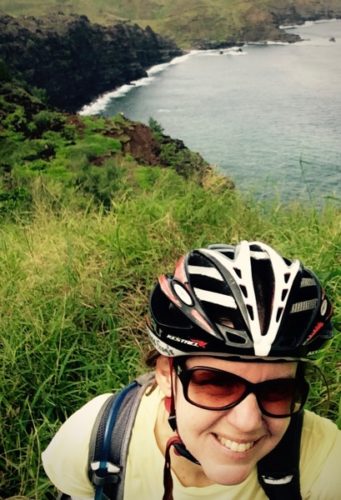 Many readers recognize me as a food writer, though I never set out to be just that. I simply realized food was a natural segue into people’s lives. Generous mothers offer curry and tea. Farmers discuss the changing monsoons and their diminishing harvests. The ability—or not—to feed a family is paramount. And it depends entirely on the environment, which is globally threatened. Those interests led me through five happy years as Asia correspondent for Gourmet, where editors allowed me to delve into the culture and environment of food. The job lasted until Condé Nast killed the magazine in 2009.

That experience, I think, was a launchpad for some of my proudest career achievements. In December 2013, ThingsAsian Press published Eternal Harvest: The Legacy of American Bombs in Laos. Over the course of more than seven years, Jerry and I crisscrossed the country to interview and photograph Laotians living in the aftermath of history’s biggest bombing campaign. Between 1964 and 1973, American forces dumped billions of pounds of bombs on Laos. Up to 30 percent didn’t detonate at the time, and they remain as dangers in the soil today—threatening lives, livelihoods, food security, peace of mind.

In addition, I’ve written three other books, including This Way More Better: Stories and Photos from Asia’s Back Roads (also published by ThingsAsian in 2013), a collection of travel essays spanning a dozen years. My second book, Pacific Lady: The First Woman to Sail Solo across the World’s Largest Ocean (Nebraska, 2008), is a joint effort with Sharon Sites Adams, who made nautical history in 1965 and again in 1969. Cambodia Now: Life in the Wake of War (McFarland, 2005), winner of the August Derleth Nonfiction Book Award, was my first foray into the book world. It examines everyday life in Cambodia since the end of war.

I spent the 2010-11 academic year as a Ted Scripps Fellow in Environmental Journalism at the University of Colorado, where I studied graduate courses in climate science and food security. There in Boulder, I began a project called AppetiteEARTH, which I am transforming into a forum on global hunger. Stay tuned.

I’m also a teacher. On the lighter side, I offer Asian cooking classes for American adults. On the more serious side, I conduct training courses for working journalists in developing countries. In 2011, I worked with The University of Montana School of Journalism to organize a historic three-week government reporting program that brought eight Burmese journalists to Montana on a U.S. State Department grant. I stuck around the J-School a few more months as the 2011 T. Anthony Pollner Distinguished Professor, teaching a course in the business of freelance journalism. Since 2012, I’ve had the fascinating opportunity to teach a few journalism workshops in Azerbaijan as well.

More tidbits: I earned my master’s at the University of Oregon and my bachelor’s at The University of Montana. My first full-time journalism job took me to a small paper in a cold Wyoming boomtown, which pretty much nudged me toward the tropics. After living in Thailand for four years, Cambodia (twice), and too many grotty Asian hotel rooms, Jerry and I bought a fixer-upper house on half an acre near the Rio Grande in New Mexico, where we grow grapes, peaches, pomegranates, herbs, and more. We still travel a lot for our work. At home, we spend a lot of time on bikes and trails.